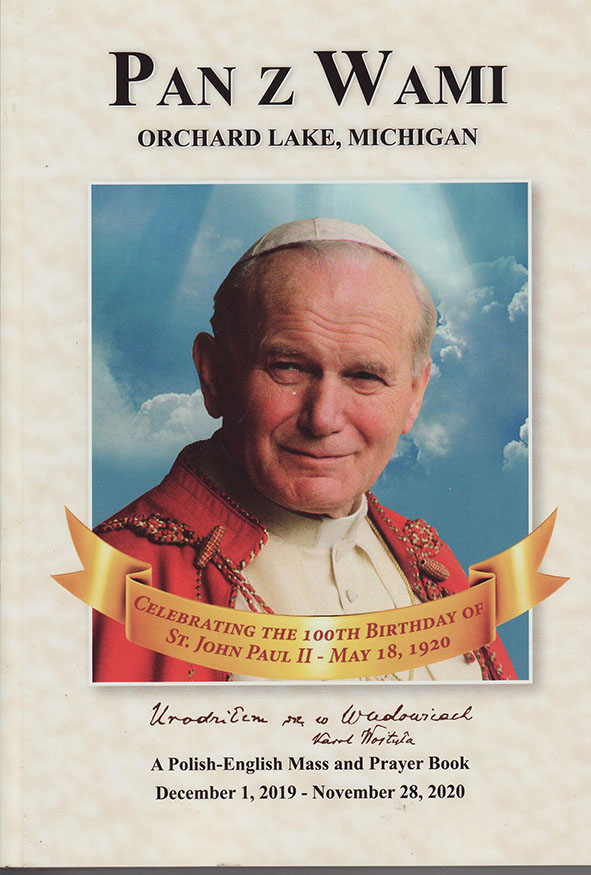 The bi-lingual version of the Pan z Wami (Mass and prayer book) contains the same texts of the Polish version (according to the Polish liturgical canons) and relevant liturgical texts in the English language, according to the Sacramentary and liturgical canons of the Church of the United States of America. Therefore, it is not a free translation, but a true presentation of readings and texts as they appear in the Missals of the Catholic Church of Poland and of the United States. For the convenience of the faithful, the texts are presented symmetrically, with Polish on one side and English on the opposite page. Each particular volume contains a corresponding choice of liturgical hymns in conformity with the occurring liturgical period.

The bi-lingual version of the prayer book was published to help the many Polish parishes and numerous Polonian communities which, due to the interaction of natural processes of assimilation and integration, lose their knowledge of the proper Polish language and, therefore, are unable to benefit fully of the liturgy conducted in their native language. The bi-lingual prayer book is also very helpful to the new Polish immigrants who, often, for various reasons cannot belong to a Polish parish but avail themselves of the services at local, American parishes. Hence, by taking advantage of the Polish-American version of the Pan z Wami prayer book, they can easily participate in the liturgy performed in the English language. This prayer book is also very useful in Polonian families in which the knowledge of the Polish and English language varies among children and their parents. The bi-lingual prayer book provides them with the opportunity of worshipping and participating in the Mass together as a family.