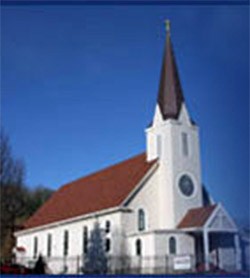 St. Stanislaus, the Polish Roman Catholic Parish was begun in 1892. Father Michael Fafara was its first pastor, being in charge until 1913. There were numerous pastors from 1913 to 1923. The Benedictines took over from Father Organisciak in 1923, appointing Father Lawrence Piotrykowski pastor from February to August of that year. At this time Father Henry Różycki O.S.B. be­came, and is still, the pastor.

In the Summer of 1923 a new church was built on Portland Avenue and the name was changed to Sts. Peter and Paul. The church was blessed and dedicated by the late Bishop O'Dea on January 6, 1924.

Historical Summary of the Society of Christ in Tacoma.